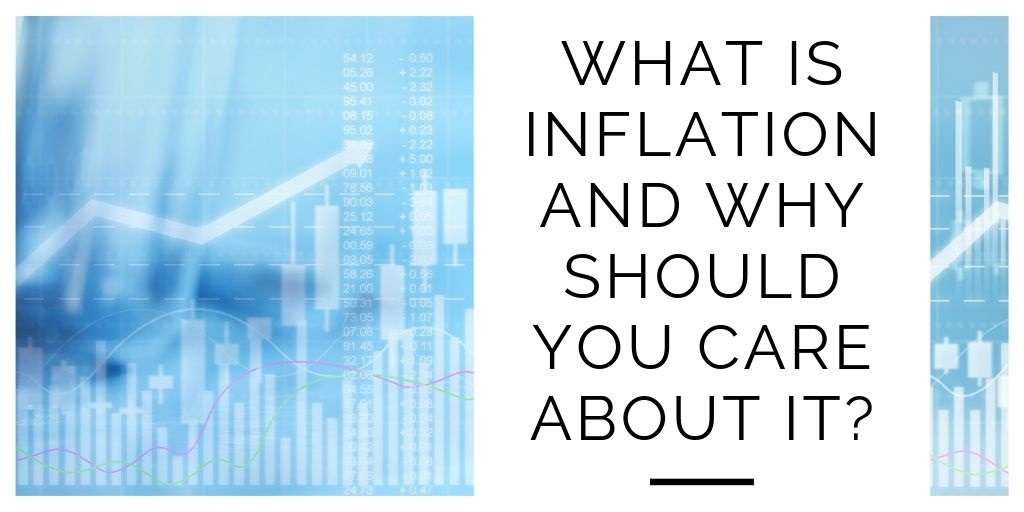 What Is Inflation and Why Should You Care About It?

Prices: Up, up and away

Inflation occurs when there is more money circulating than there are goods and services to buy. The process is like trying to attend a sold-out concert at the last minute; there is more demand for tickets than there are tickets to go around. As a result, tickets may trade hands for far more than their stated prices. When there's a lot of demand for goods and services, their prices usually go up. The law of supply and demand produces price inflation.

When some people say, "I'm not an investor," it's often because they worry about the potential for loss. It's true that investing involves risk as well as reward. However, there's also another type of loss to be aware of: the loss of purchasing power.

Inflation is painful enough when you experience a sharp jump in prices. However, the bigger problem with inflation is not just the immediate impact, but its effects over time. Because of inflation, each dollar you've saved will buy less and less as time goes on. At 3% annual inflation, something that costs $100 today would cost $181 in 20 years.

Note:  If inflation averaged 3% annually, everyday objects could cost much more in the future.

How is inflation measured?

How high is high?

The average inflation rate as measured by the CPI has been roughly 3% since 1914. Since the early 1980s, it has remained relatively stable, usually between 1.6% to 4.6% annually. However, the inflation rate has varied much more dramatically in the past. During the Great Depression, it often ran in the negative numbers. The country actually experienced deflation in 1921, when the inflation rate was -10.8%.

On the other hand, inflation also has been much higher than most of us have ever experienced. Just prior to 1920, the U.S. suffered from four back-to-back years of double-digit inflation. The worst was in 1918, when prices rose by an astounding 20.4%. More recently, in 1979 the annual inflation rate hit 13.3%, driven at least in part by higher gas prices.